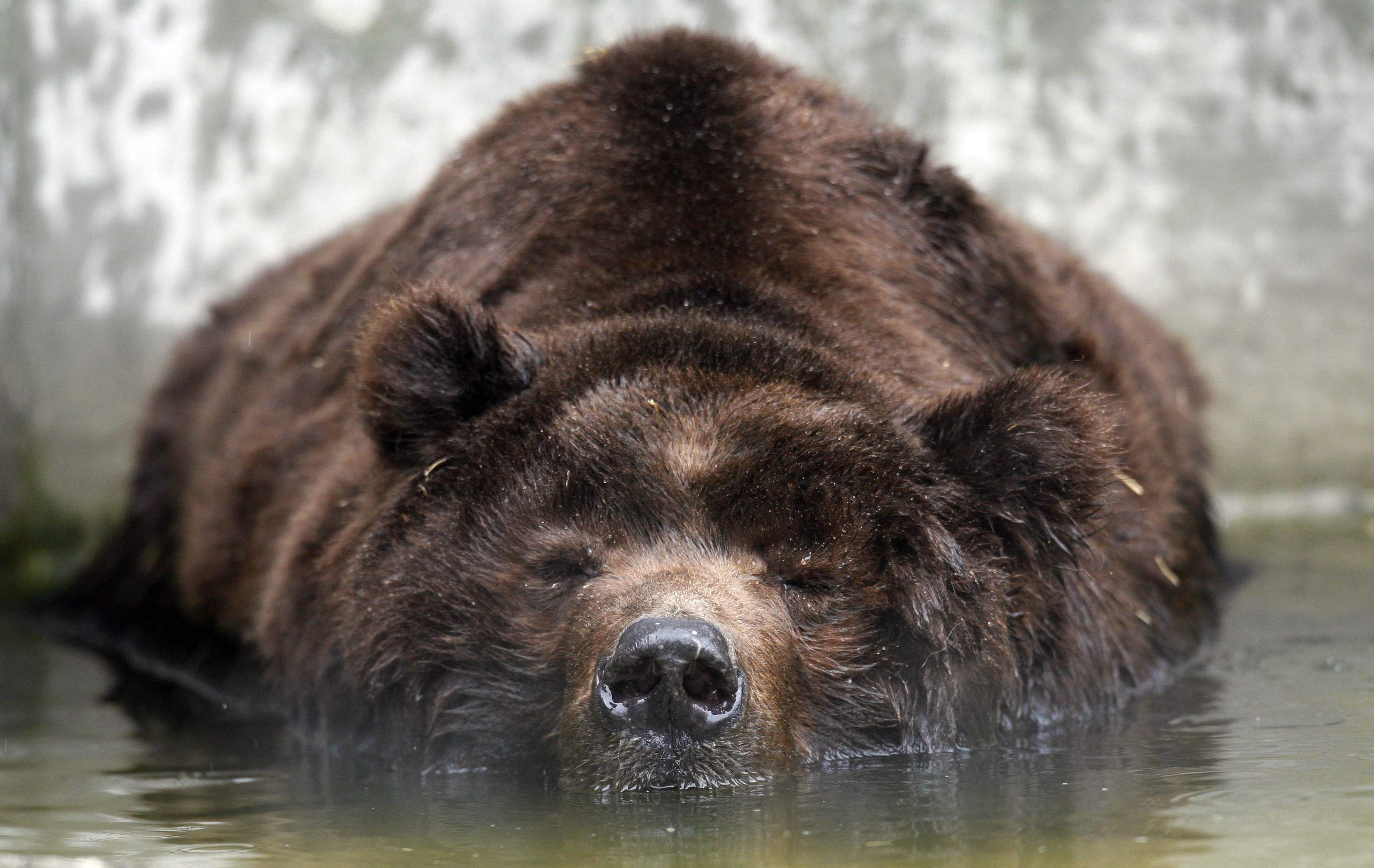 Kodiak brown bear Barbucha takes a bath on March 26, 2008 in his enclosure at the zoo in Duisburg. Several weeks ago, the thousand kilograms weighing bear came from the zoo in Olomouc, Czech Republic, to the western German city. In the wild, Kodiak bears live on the islands of the Kodiak Archipelago off the coast of Alaska. AFP PHOTO DDP/CLEMENS BILAN GERMANY OUT (Photo credit should read CLEMENS BILAN/AFP/Getty Images) GERMANY-