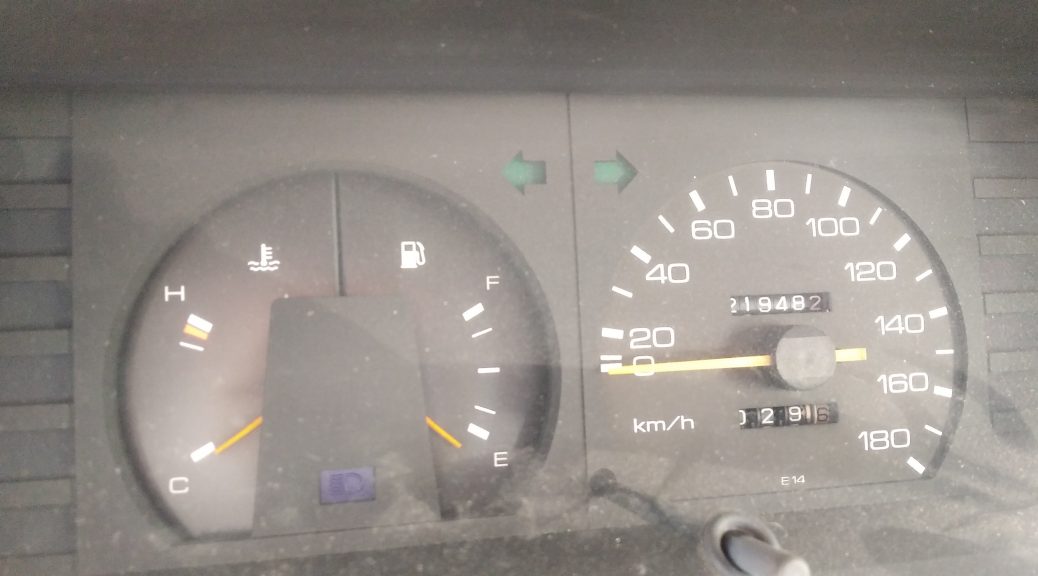 The Toyota Corolla E80 is a range of small automobiles manufactured and marketed by Toyota from 1983 to 1987 as the fifth generation of cars under the Corolla and Toyota Sprinter nameplates, with production totaling approximately 3.3 million, and most models adopting a front-wheel drive layout.

The AE85 and AE86 Corolla Levin and Sprinter Trueno (SR-5/GT-S in US) retained rear-wheel drive from the previous E70 generation,along with the three-door « liftback » (E72), three-door van (E70) and five-door wagon (E70) of the previous generation, which remained in production.

The AE86 ultimately gained international prominence in the Motorsport of drifting and wide popularity in Showroom Stock, Group A, and Group N, Rally and Club racing.

In a joint venture with General Motors, mildly restyled versions of the front-wheel drive AE82 sedan and lift-back were locally manufactured and sold in the United States as the Chevrolet Nova.

During these times, Toyota tried also to hit the European market despite strong quota limitation for these markets (mostly in France), hence the low numbers to 80ie’s japcars around in France.

The one that I’v e bought (inside a son’s legacy) is a AE82 – FWD 5-door lift back, 5-door hatchback (4A engine), is near to perfect condition. In fact, the inside of the cabin almost smells like new. Seat are in perfect condition (no stains, crushes, scratches or twirls), the floor is not even used at the foot place, all the accessories are in place and working.

The body has no rut *at all*, which is unbelievable for a almost 40 y.o car, with no dents nor scratches… even is the color has faded away with time (that water green eventually turned into undefined mix of green / blue / yellow) giving it a unique touch.

On the mechanical side, it’s been always well maintained (like my other Toyota the 1991 Starlet, I have most of the invoice since it’s production year ) but got « upgraded » with some foam sheets in the engine bay, potentially to reduce noise when driving above 130 km/h. The transmission and suspensions are neat and clean, the engine very clean and with (almost) no leaks (a small oil leak from the oil carter seal).

Now, you’ll tell me what is it sitting / sleeping in a neighbor’s courtyard ? Well, the complex Aisin Carb. with it’s « auto » cold start choke has decided to get clogged leading to a undrivable car when hot (rattles, chokes, sneezes to finally die)… so now that the good weather’s back and that I may have some more time and get some of my fleet car away, I may have time to fix that.

Longing to meet you on the road with that one 🙂