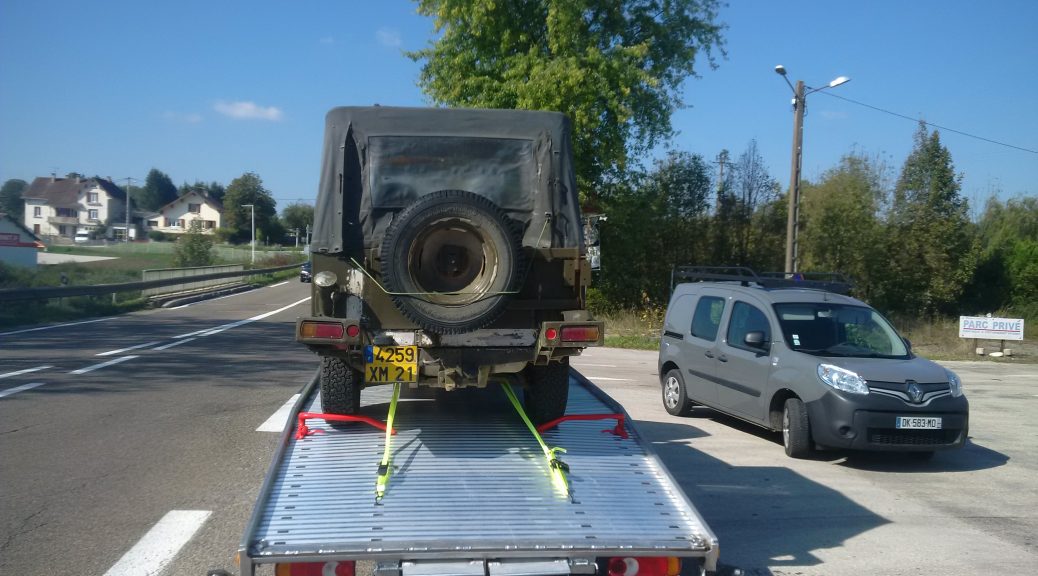 Roughly 2 weeks ago, and thanks to my brother-in-law, I just picked this very nice Belgium Bombardier iltis diesel from 1988. After a nice 3 hours ride through the valleys and mountains (300 Km from home), on a saturday morning we discovered this nice noseless beast.

It’s name poped right away to us : pinocchio. After 3 hours ride back home fully loaded, we started tearing it apart (initially as a joke to see how much pieces we could remove form it before nightfall) : roof, roof frame, seats, read floor were just removed at once.

One in, another one out

The next day, we said farewell to M.Finch (4 hours to load the beast and the huge spare stock in a friend’s lorry), freeing some nice room in the garage though. We pulled the iltis in and after 16 hours of work, pinocchio almost got bare stripped (body, chassis, engine, gearbox and axes are still on but the rest’s gone.

Amongst the usual rust suspects we have :

So, as a first overall status, I’d say Pinocchio has been maintenand well in first 3/4 of it’s life and on the last quarter (till now) rust has been badly treated (they used resin to hide it and foam/wax over it). There’s work but way fewer than the previous iltis (Schwarzy) and I’m really longing to drive it (primer, paint, anti-rust ordered already and all rusted parts now brushed/sanded to bare metal).